From the bride: We come to Durango several times a year to ski, hike, and spend time with family. We both love the mountains and knew we wanted to get married in a mountain town. We picked Durango because it is beautiful. 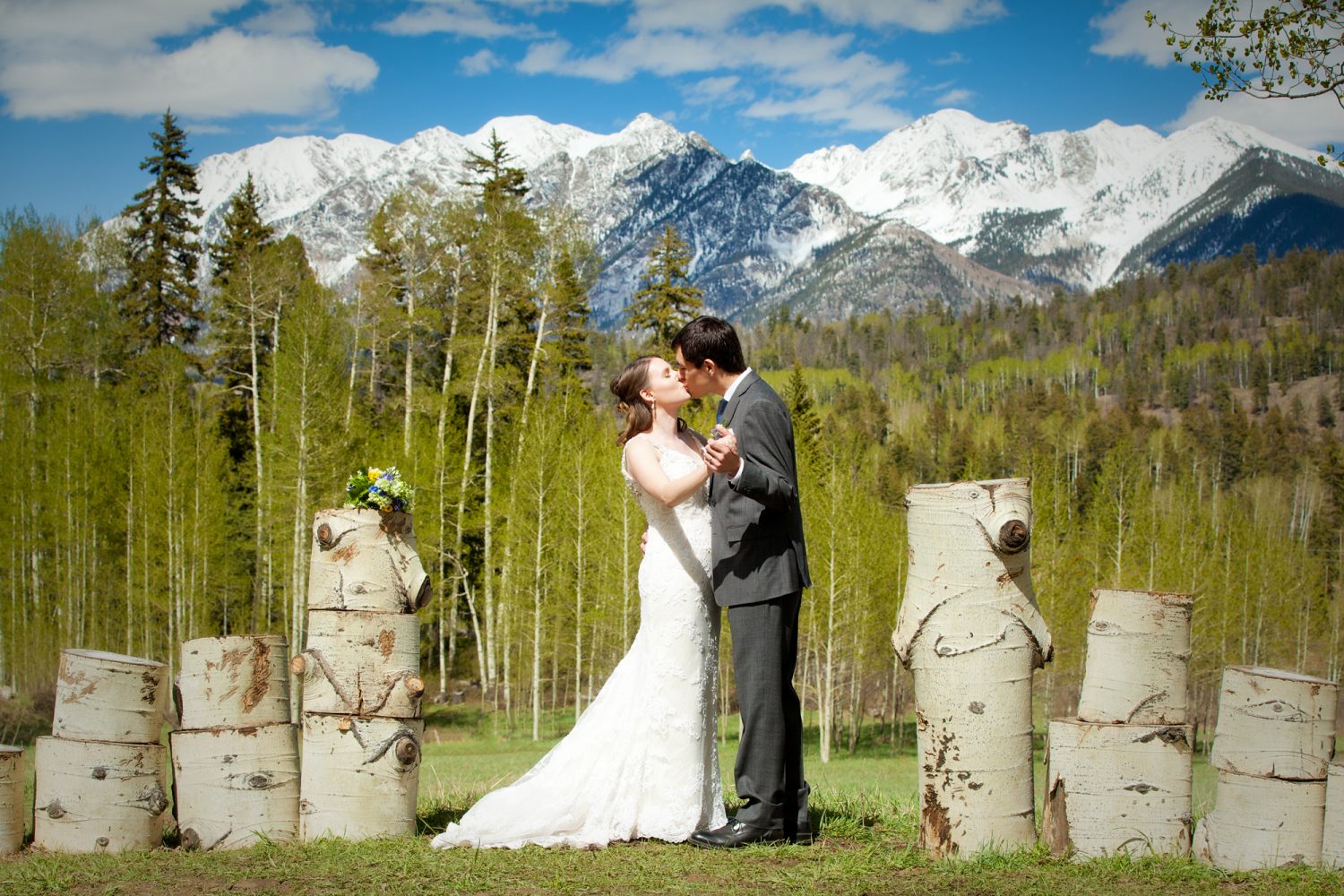 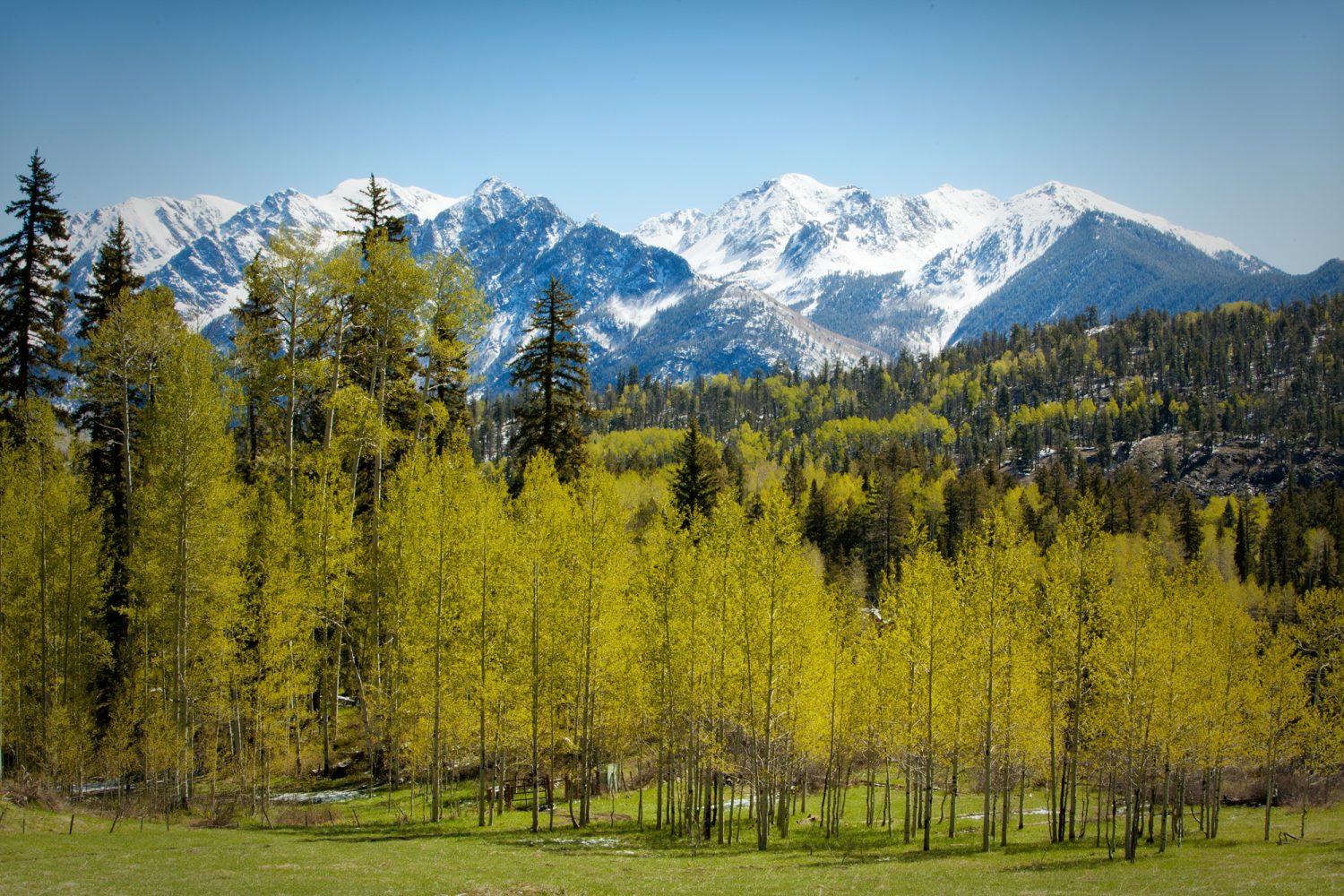 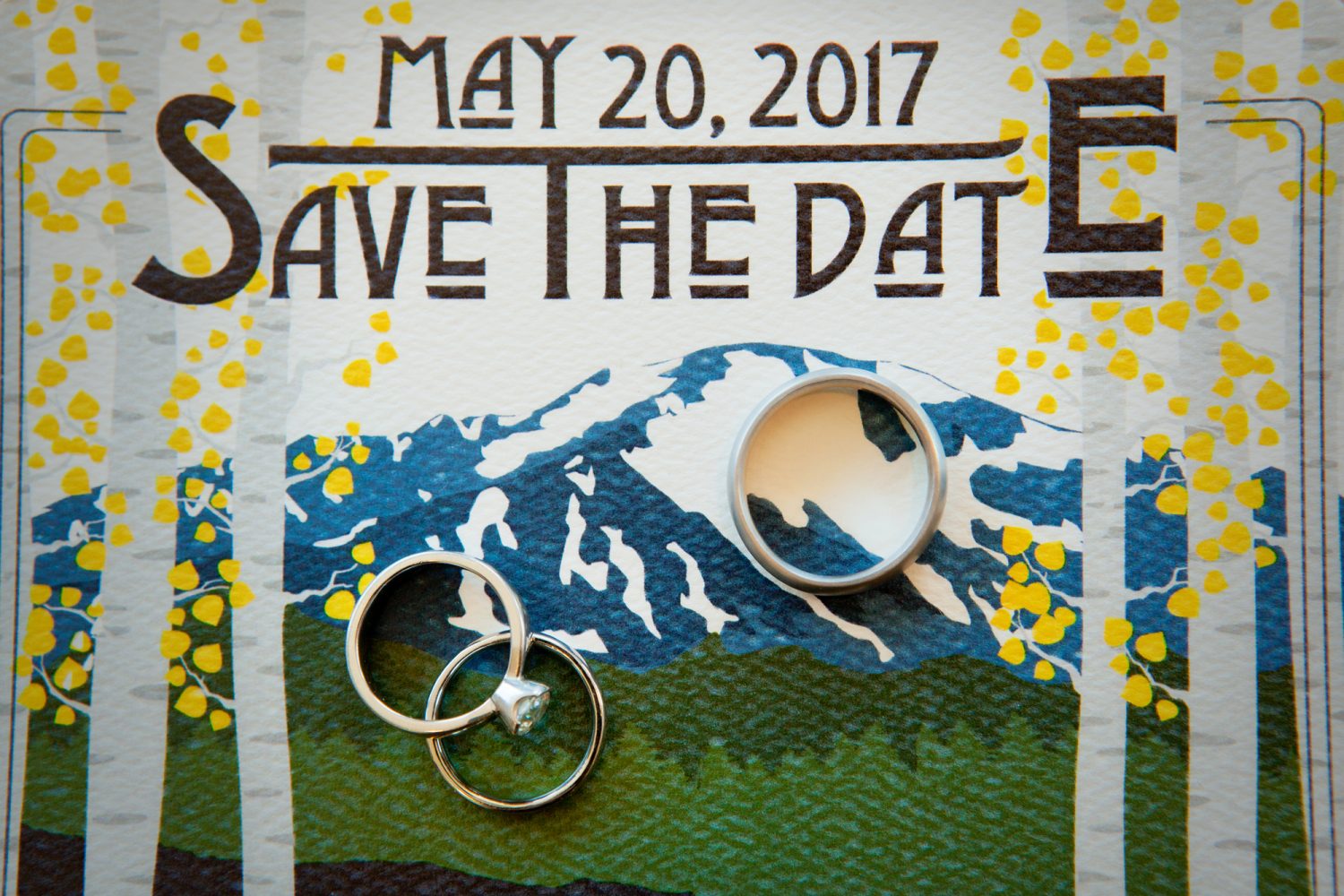 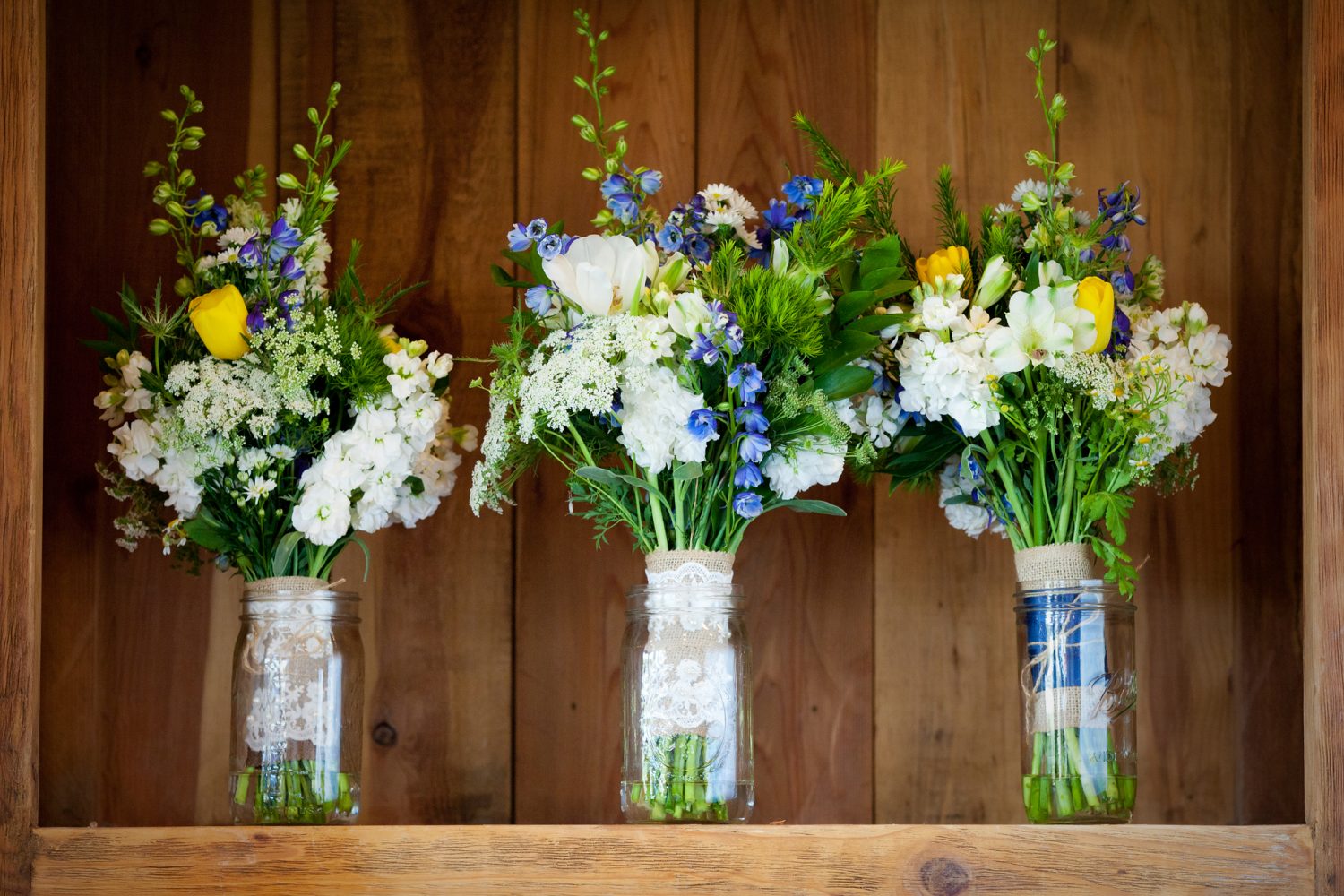 It snowed six inches in the two days before the wedding. It was 20 degrees when we arrived at the Silverpick Lodge on Thursday night. We began to worry we wouldn’t be able to have the ceremony outside because the forecast called for more storms. On Friday morning, the sky was completely clear and the sun was so bright that the snow sparkled. By 3 pm on Saturday, the snow melted, the ground was completely dry, and the weather warmed up, so we kept the original outside location at the meadow.  There was still snow on the mountains in the distance, the storm ultimately made for beautiful pictures. 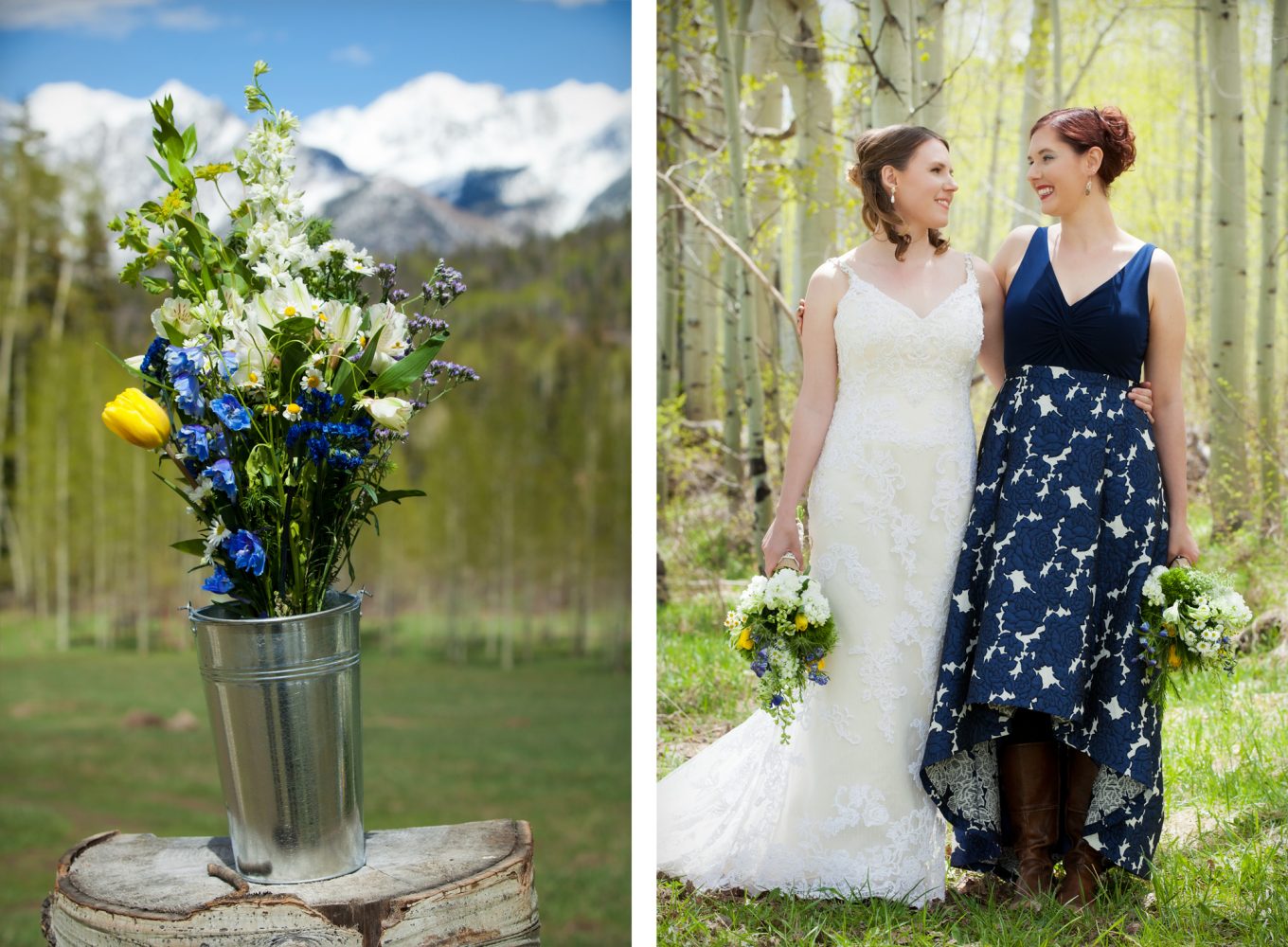 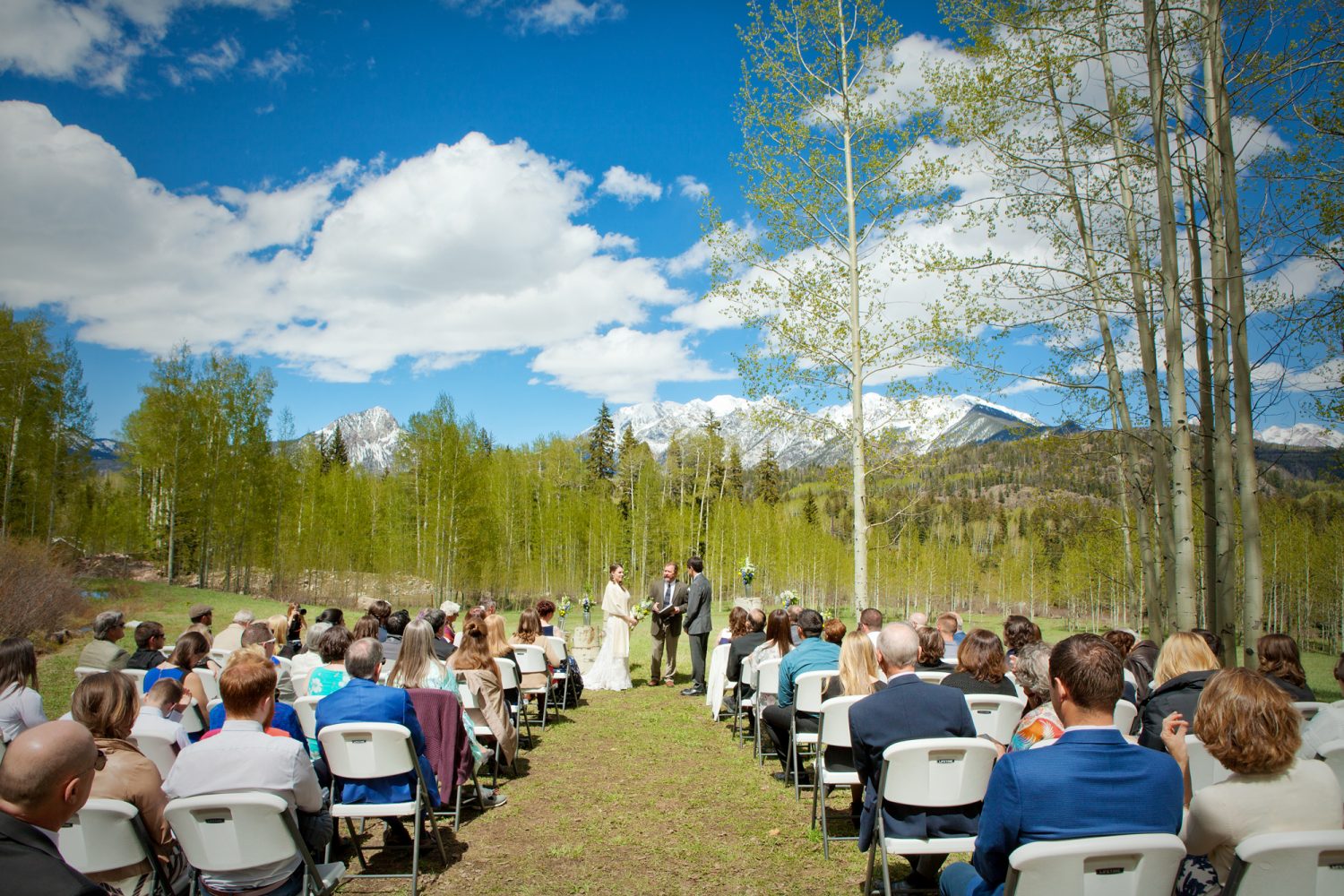 We stood in between aspen stumps, they acted as a make-shift altar with a view of the mountains behind us. The cellist played Morning Has Broken by Cat Stevens as I walked down the aisle. It’s the same song I sang when my cousin walked down the aisle 15 years ago. It was a very moving moment. We wrote our own vows and made each other laugh, especially after both mentioning that Brian now eats more vegetables. 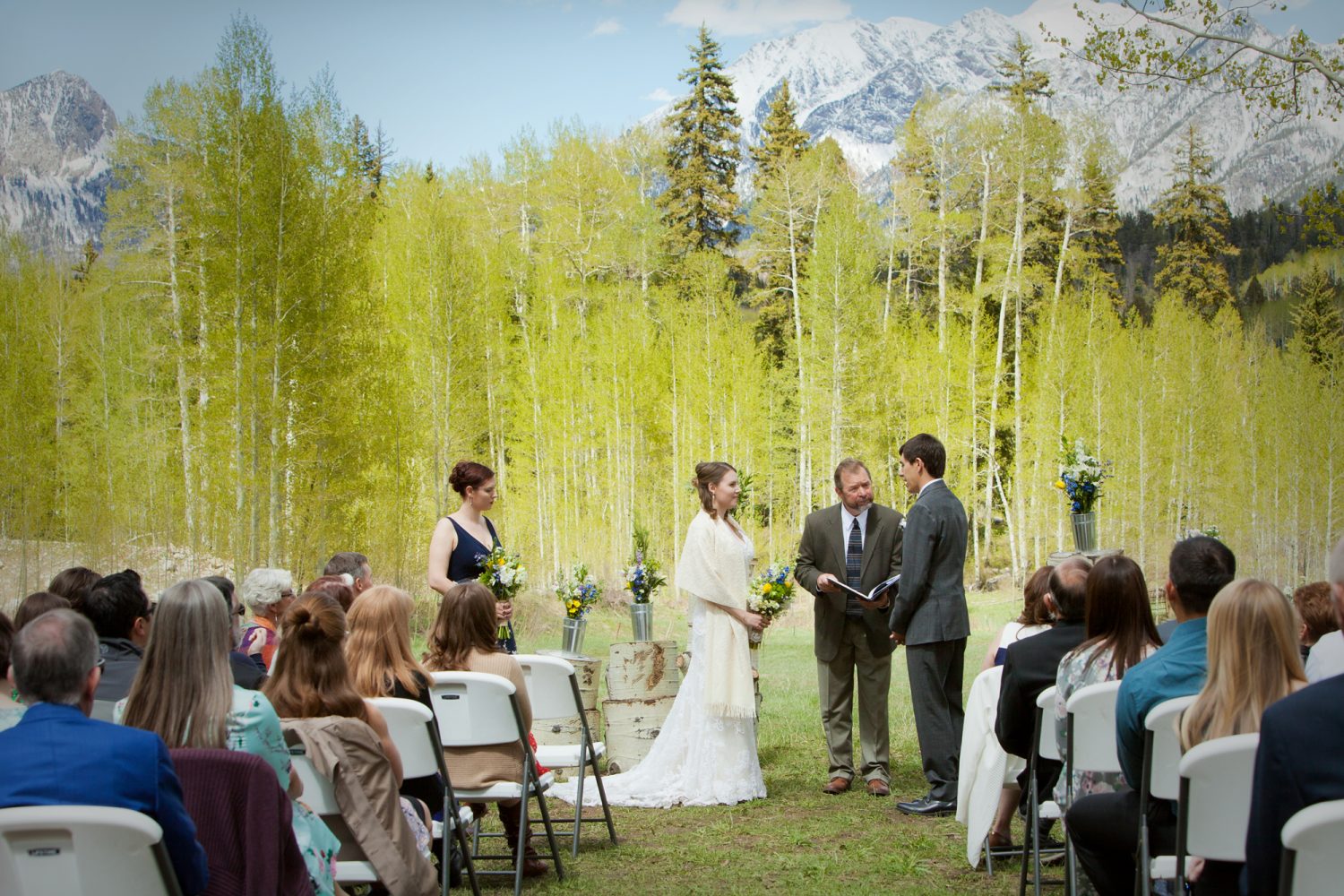 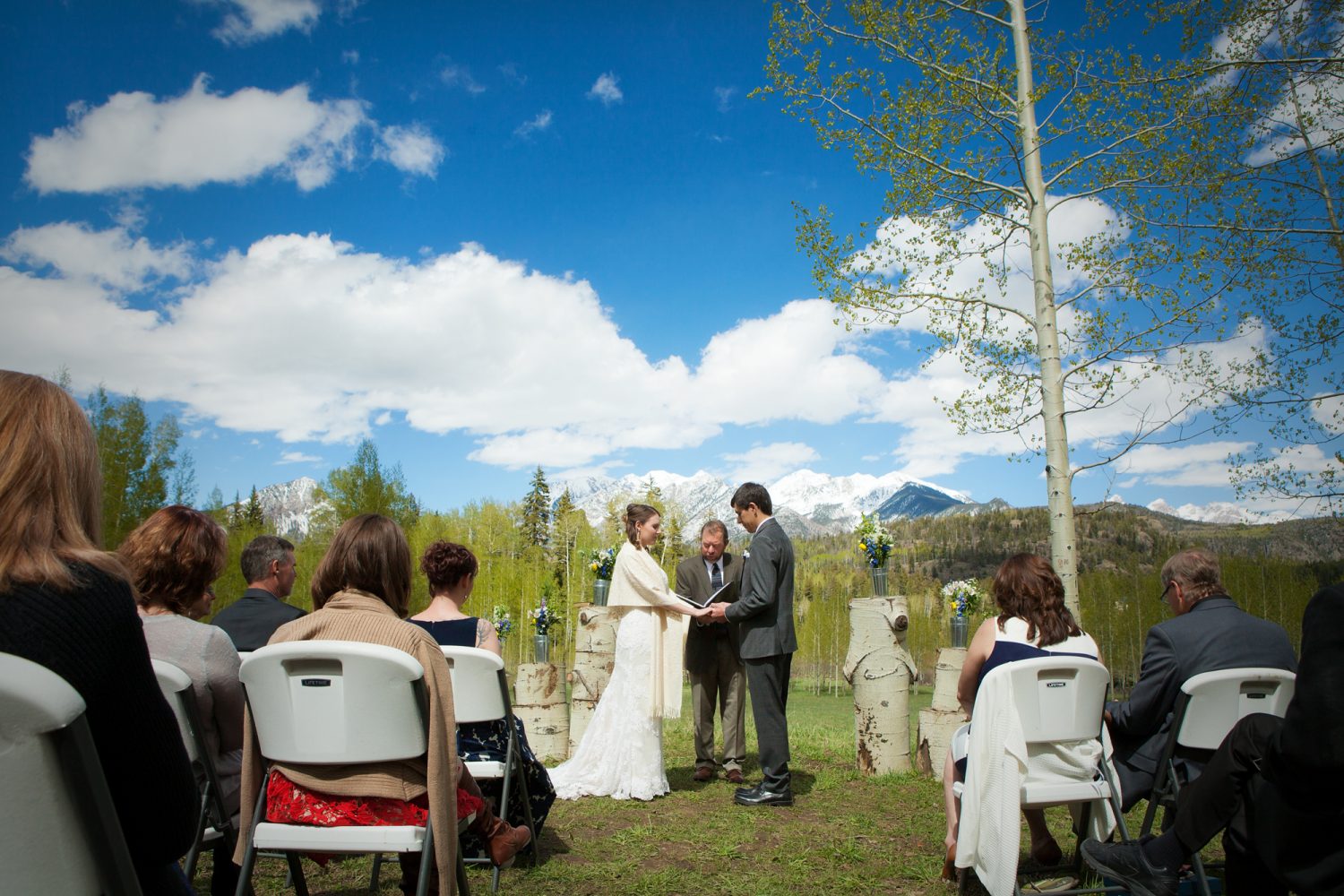 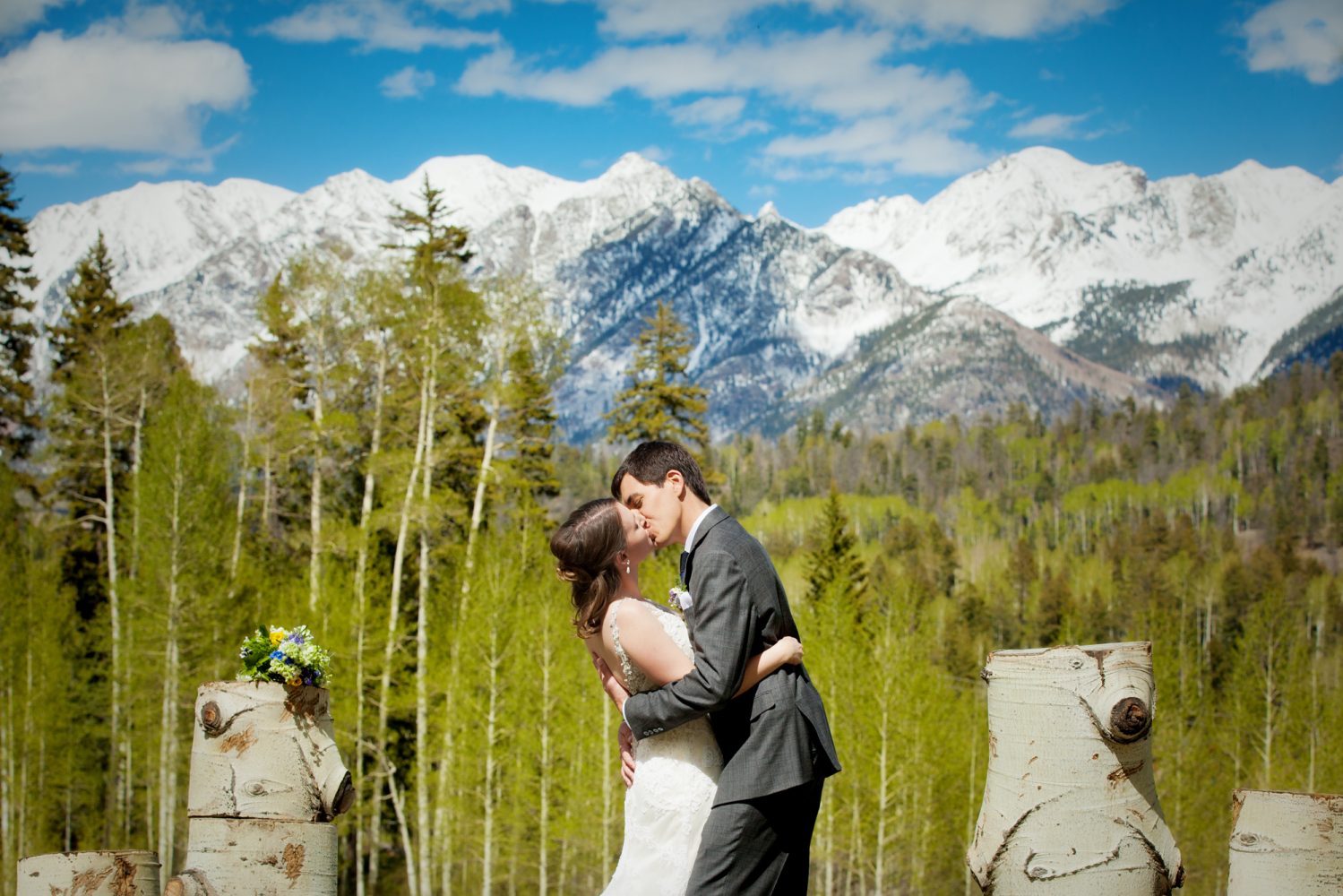 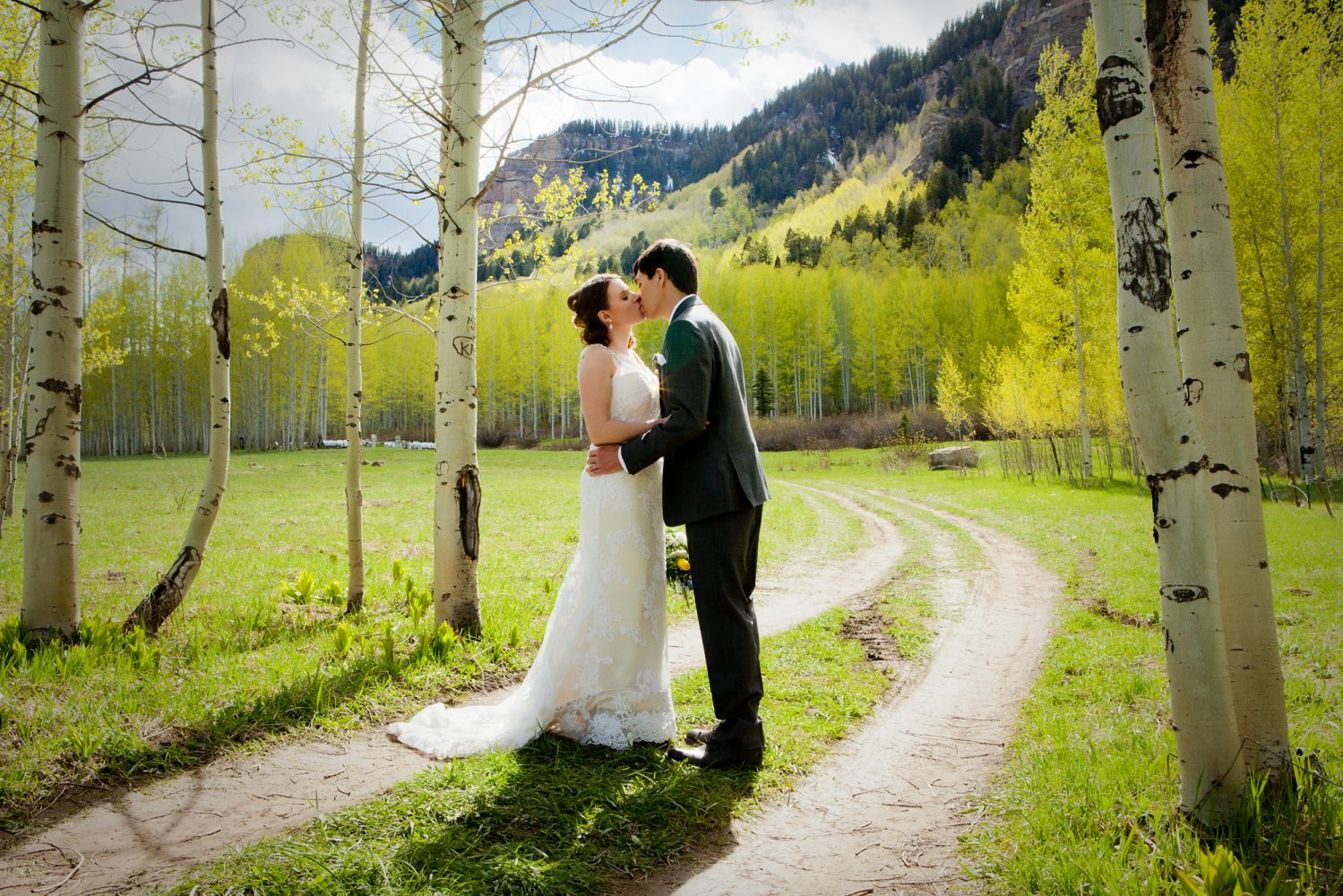 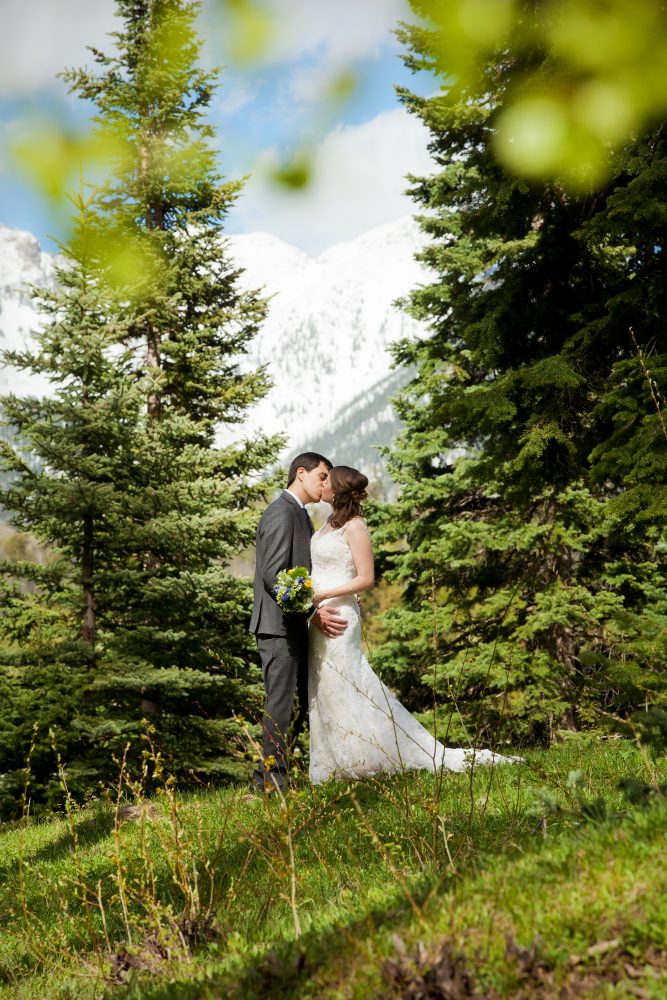 We held our reception at the Silverpick Lodge. It included a cocktail hour, followed by dinner, speeches, pie-cutting, and dancing. After the reception, we went downstairs for the after- party with a fire pit, s’mores, and hot chocolate. 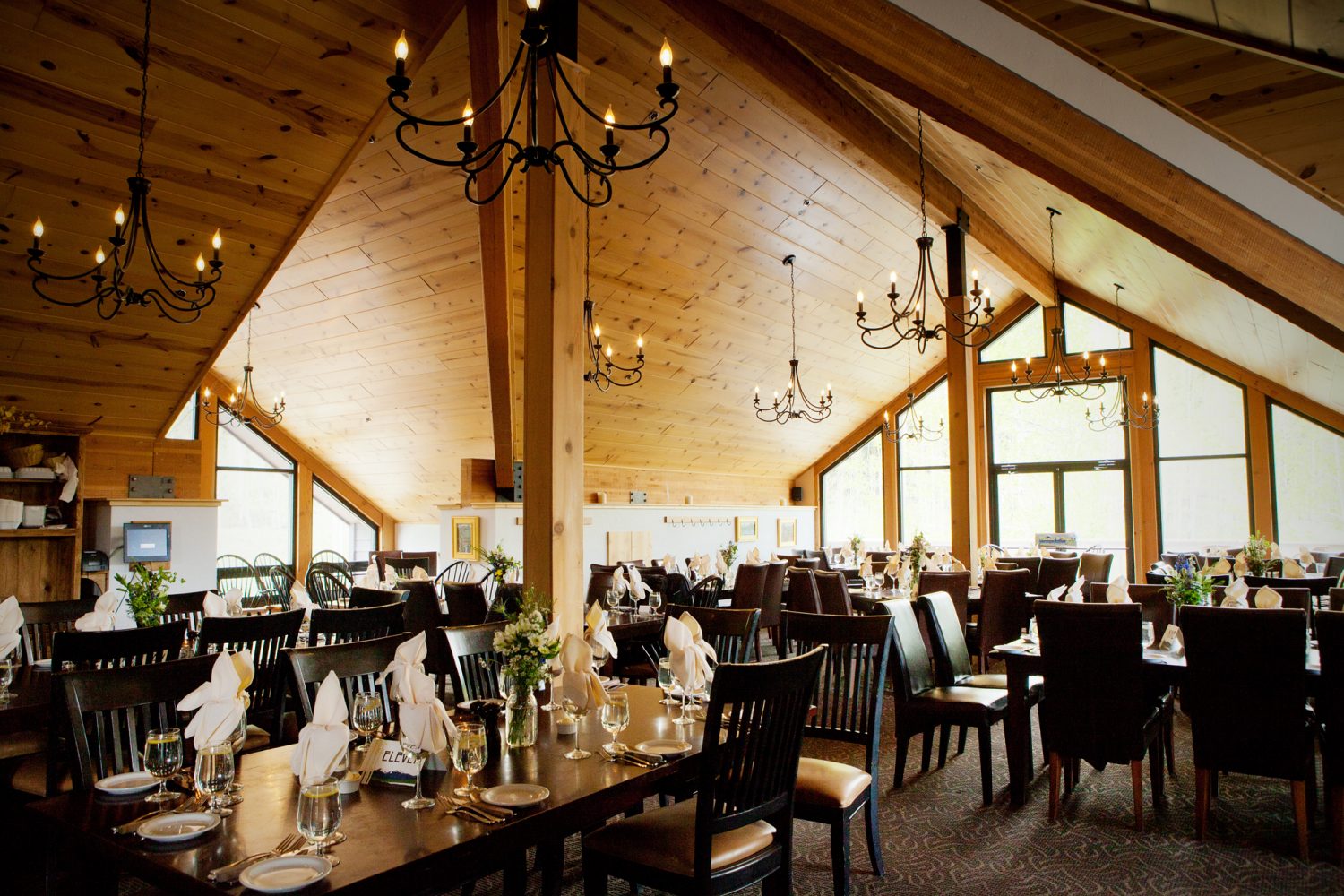 We chose to have pies instead of cake because we really like pie and it felt much more welcoming. We didn’t want to limit ourselves and our guests to just one kind of pie, so we served ten different flavors. 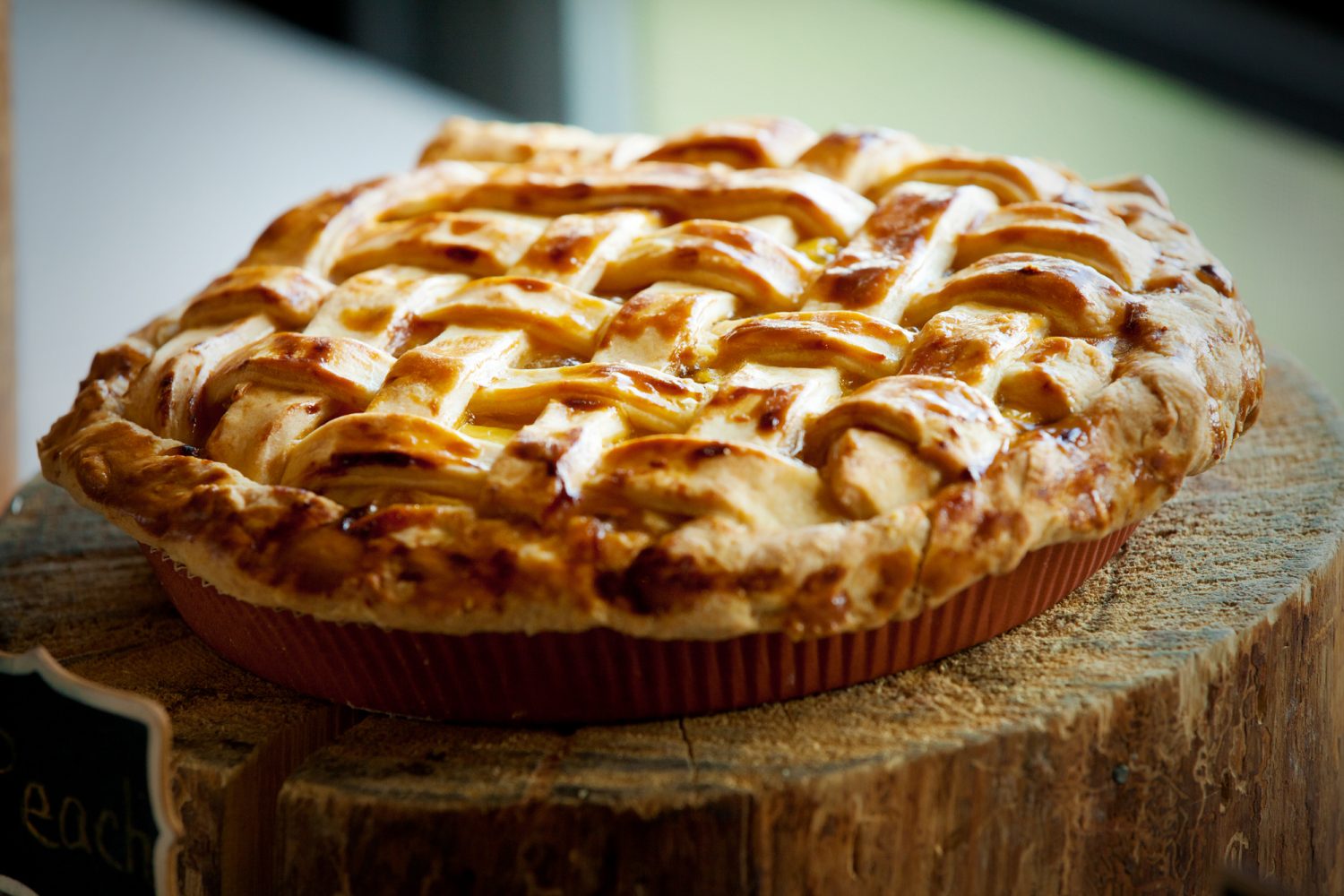 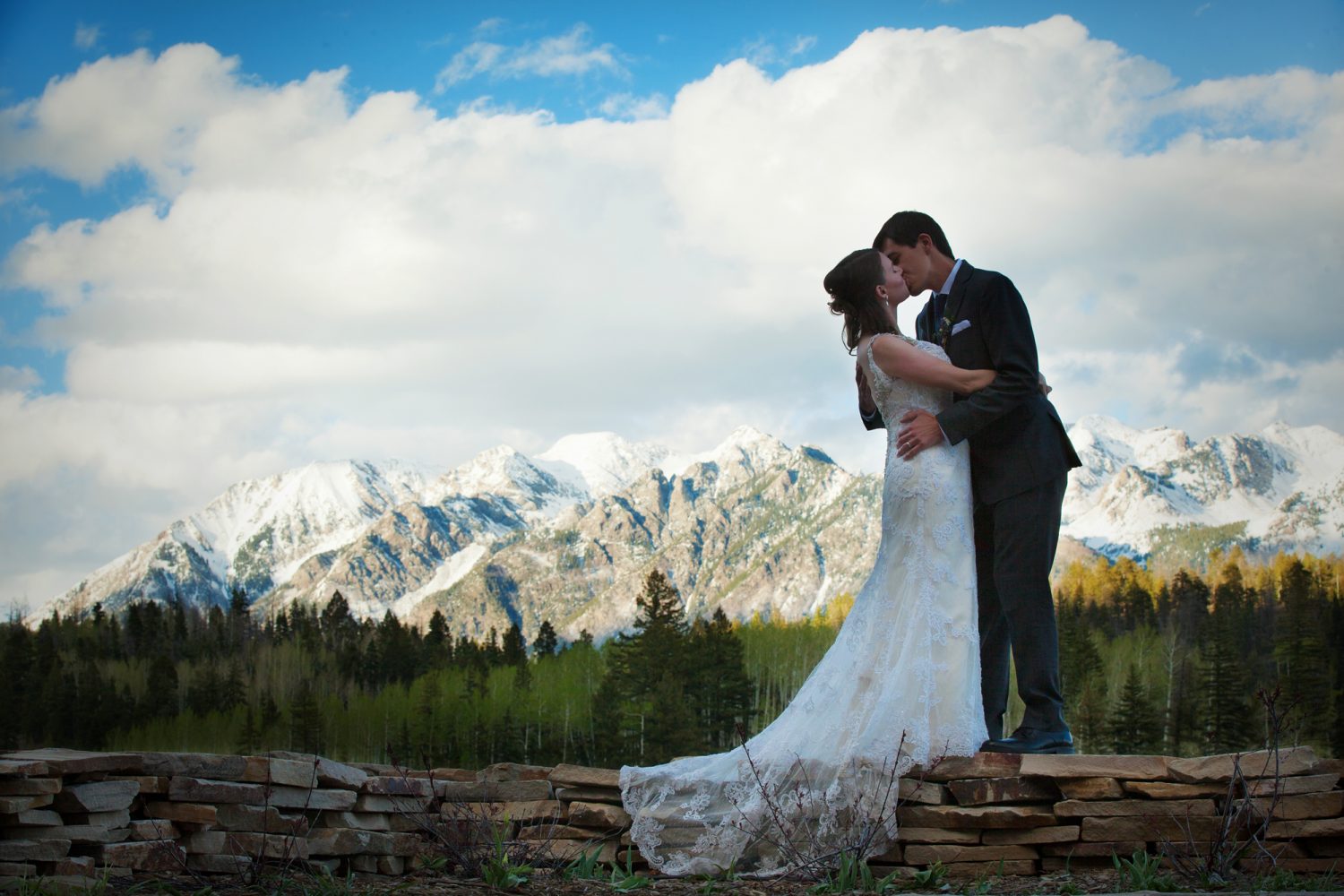 It is perfectly okay to ask your friends and family for a reasonable amount of help. People really want to be a part of your wedding, take them up on it. We sent out a very detailed spreadsheet assigning the roles and responsibilities to those who expressed interest in helping. On our wedding day, the only thing we had to worry about was getting ready and setting up chairs. By the time the reception slowed down, we smelled pizza in the oven and saw the fire pit was lit for the after-party. These and many other small tasks were all taken care of for us by our friends and family.

We highly recommend getting a video and audio recording of your ceremony. It is an important moment that goes by quickly, and you won’t remember everything you said. We are really happy we have a video that we can show our kids in the future. 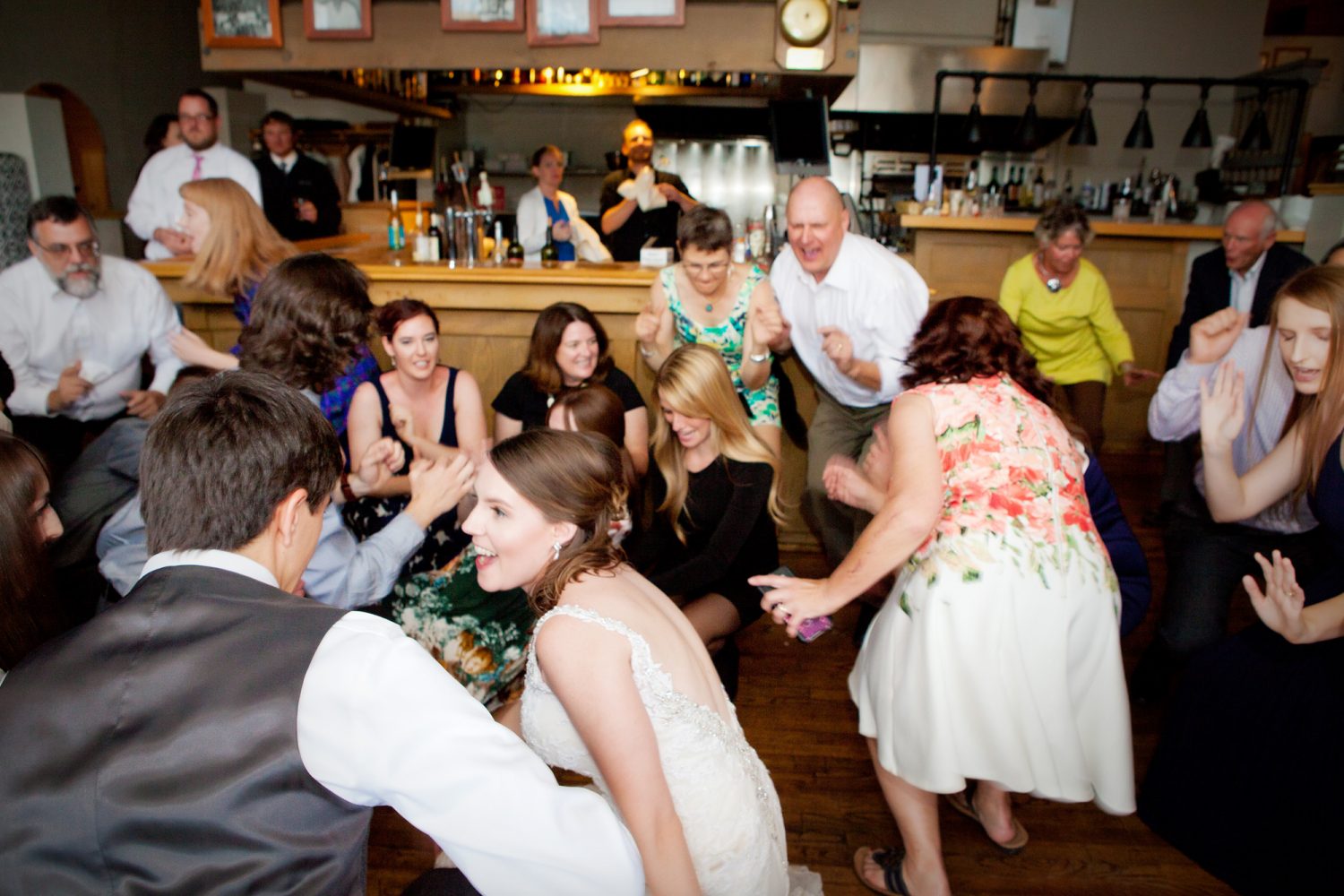 Venue: Silverpick Lodge. The views are magnificent and the aspens are beautiful. Almost everyone stayed at the Silverpick Lodge and had time to get to know each other before the wedding actually happened. Everyone loved the lodge, it is such a cool building, and there was so much for guests to do. The restaurant space is beautiful, and the food was amazing. All the guests were raving about the food.

Photographer & Video: Illuminarts. Drew and Laura were very professional and extremely helpful prior to the wedding and during the event. We talked and met with Drew several times before the wedding, he helped us to think through our day-of timeline and priorities. Our wedding images are stunning and really captured the beauty of the day. Illuminarts also filmed our ceremony after deciding at the last minute that we wanted a ceremony video.

Pies: The Yellow Carrot. The pies were delicious. My friends tried every flavor, and said the pies were the best wedding dessert they have ever had.

Reprinted from the 2018 issue.

An Emotional Ceremony in the Rain at Echo Basin Resort

A Weekend Wedding at Silverpick Lodge

A Spring Wedding in Durango by Kara Cavalca Photo

Couple Stops At Nothing To Have The Wedding Of Their Dreams

A Fall Equinox Wedding at Ridgewood

They Met & Married on a Mountaintop at Purg

Wedding inspiration from Southwest Colorado delivered to your inbox every month!

Something went wrong. Please check your entries and try again.

The local resource to plan a Durango wedding, destination wedding, or elopement in the Southwest Colorado / Four Corners region.